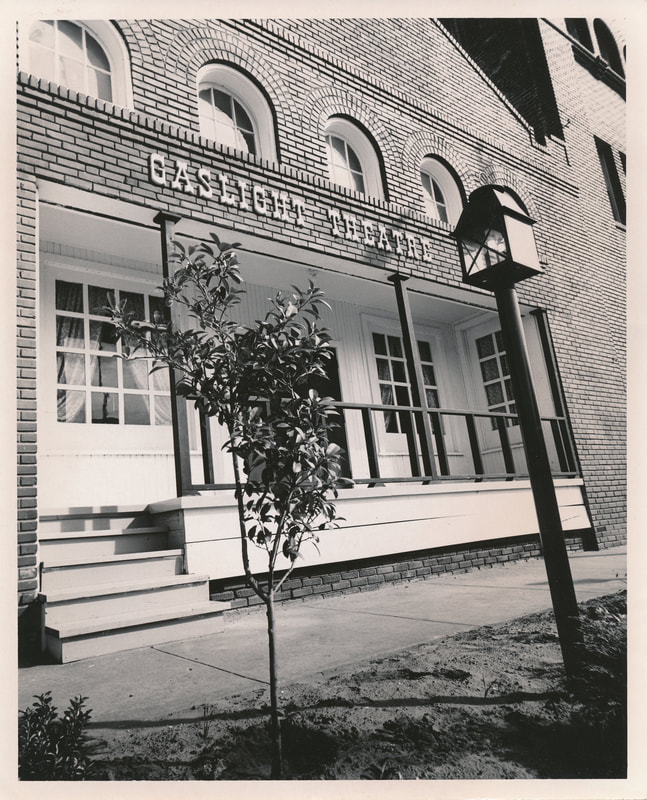 200 Block of East Maple
The Gaslight Theatre of Enid, Oklahoma, was founded in 1966 under its original name of Enid Community Theatre.  Gaslight is one of Oklahoma’s oldest and most active community theatres.  The theatre has been housed in an old TV studio in the 200 Block of East Randolph, later made its home in a converted warehouse in the 200 block of East Maple and in 1989 came to its present location at 221 N. Independence.  The current theatre was purchased and fully renovated with tremendous community support. Built as the Billings Theatre in the early twentieth century, 221 N. Independence was home to vaudeville and other live performances.  Over the next 50 years, it went through several incarnations becoming the Criterion Movie House, then evolved into the Chief Movie Theatre and in the mid-70s became the Cinema Twin, never going dark for any extended length of time.

Enid Community Theater, Inc.’s organizational mission is twofold:  to provide a wide spectrum of high quality theatrical entertainment to a broad audience in Enid and the surrounding communities, and to provide a setting for nonprofessional actors, directors, designers, and technicians to learn and practice their art. The heartbeat of Enid’s Community Theatre is that of its volunteers. What makes Gaslight successful is a great deal of work by volunteers, both onstage and backstage and wonderful support from community residents, who give both their resources and their applause to the effort.

​Gaslight presents high-caliber productions which include dramas, comedies, and musicals.  Ten productions are staged each year comprised of our five regular season shows, including a Gaslight Teen production and a summer musical. Our special productions include our dinner theatre fundraiser, a Children’s Theatre production, and Shakespeare in the Park (which has been presented free in the historic Government Springs Park since 1994). Our dinner theatre is presented in the Grand Ballroom of Stride Bank Center's Convention Hall, on the beautiful original stage of the former Mark Price Arena. Our black box theatre, the Turpin at Gaslight, has productions, special events, and First Friday live entertainment. Finally, there is a 4-week children’s drama camp offered in the summer with their production at the end of camp.